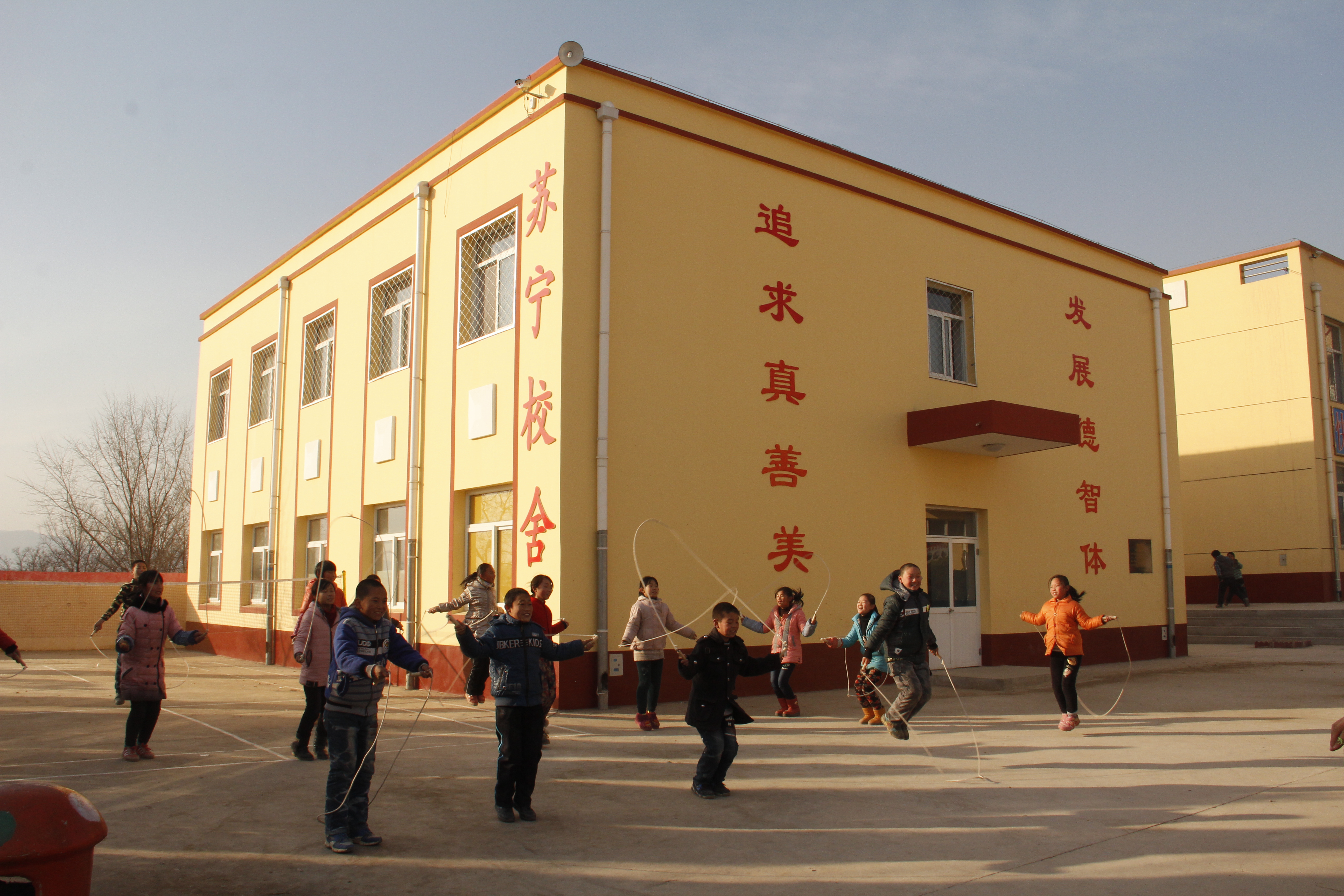 Suning Builds 74 School Buildings in the Past Decade to Aid Poverty Alleviation
06 10, 2021
by Suning Global Team

Suning Group (“Suning” or “the Company”), a leading commercial conglomerate in China, has built another “Suning Hope” elementary school in a rural county in central China’s Hubei province on the eve of Children’s Day, as part of its efforts to help bring China one step closer to poverty eradication.

Suning has built 74 such elementary schools and dormitories across 11 provinces in China, helping to solve the issues of basic education and housing for more than 100,000 school-age kids in the country’s rural areas.

As early as October 2011, Suning was one of the first companies to participate in a poverty-lifting campaign launched by China Foundation for Poverty Alleviation that aims to aid students in rural areas who face housing problems.

In December 2011, Suning launched its school building construction project to build or improve the school buildings and dormitories in rural areas. The Company renovated its first school in Ninglang county, a rural county under the administration of Lijiang city, Yunnan province. The school at the time had about 500 students, mostly those in ethnic minority groups, who needed to walk for almost a day from their homes in the mountains to the school. Living at school had become a pressing necessity, but the dorm, which came with serious safety issues with cracked walls, could only house 20 students.

After careful design and construction, Suning in 2012 built a brand-new dormitory on the campus of the school. In the past decade, Suning has completed such construction projects at over 70 schools.

In addition to school building construction, Suning has integrated its staff volunteer program with the project, and has sent volunteers to help children in rural areas such as Yunnan and Guizhou provinces with their extracurricular activities.

Suning has so far donated more than RMB2.3 billion (US$360 million) to targeted poverty alleviation and rural revitalization, with RMB850 million going towards special initiatives. 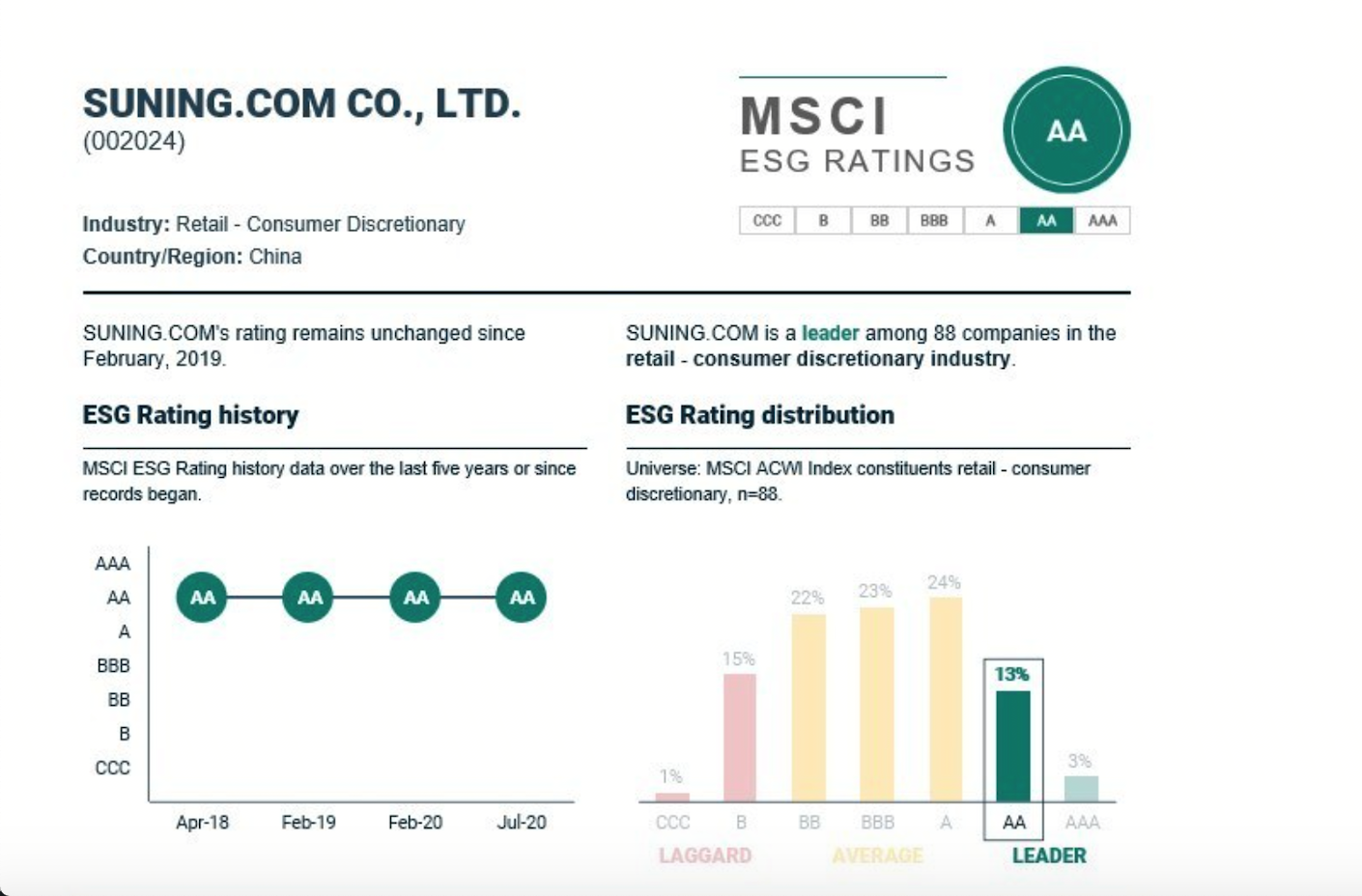 In a July 2020 assessment of Suning.com—the listed company and a Fortune Global 500 company owned by Suning Group on its ESG performance by the American investment research firm MSCI, Suning.com achieved a ranking of AA, exceeding the performance of 85% of the evaluated global companies.