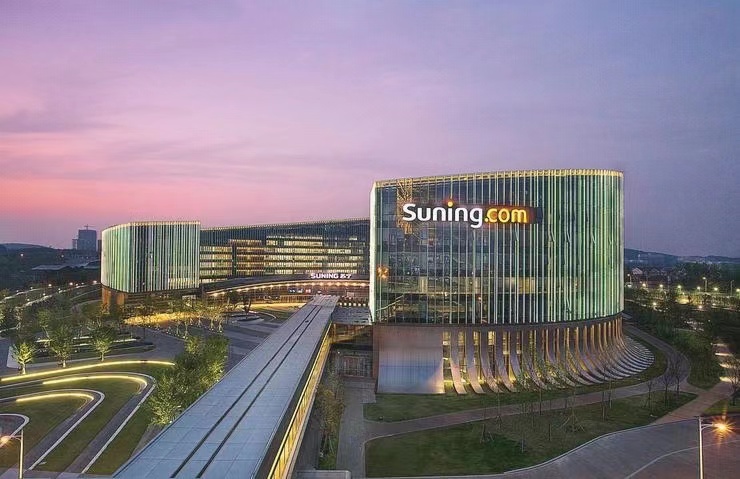 Media Report: Suning.com Ranked Among Top in the World
03 26, 2021
by Suning Global Team

Suning.com is ranked among the 15 Fastest Growing E-Commerce Companies in 2020 according to a report released by international finance website Insider Monkey. Suning.com ranked 9th on the list.

The report pointed out: “one of the strengths of Suning.com is its online presence as the company saw a spike of 52% year-on-year in the number of shoppers. In the fourth quarter of 2020, Suning.com’s retail cloud platform increased by 33.6% while physical stores increased by 45%, year-on-year.”

Suning.com is a leading retail service provider owned by Chinese conglomerate Suning Group which was founded in 1990. In 2020, Suning.com maintained its position among the Fortune Global 500 and topped the 2020 List of China’s 500 Most Valuable Brands with a brand value of RMB 296.815 billion.

According to data from Suning.com’ fiscal year financial prereview of 2020, the company achieved a total operating income of RMB 258.459 billion in 2020 and a sales scale of RMB 416.315 billion, an increase of 9.92% year-on-year. In Q4 2020, the scale of product sales on the Yun Wang Wan Dian platform – a subsidiary of Suning.com increased by 33.67% year-on-year thus began to make profits.

At the same time, Retail Cloud franchise stores which mainly target China’s lower tier markets to help micro and small merchants thrive and prosper in the digital economy, are also expanding rapidly. In 2020, the Retail Cloud business maintained rapid growth, with 3,201 new stores opened throughout the year and annual sales volume is expectedly to increase by more than 100% year-on-year. Meanwhile, Suning.com has made an initial goal of building 12,000 Retail Cloud stores by the end of 2021.